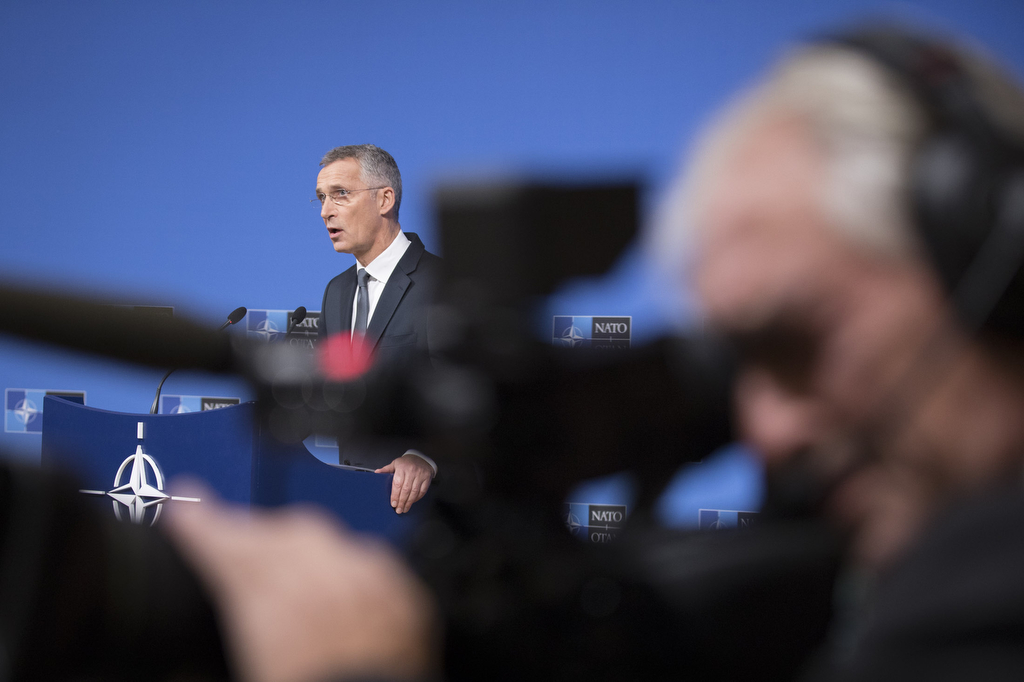 Ambassador Hutchison: Most certainly a lot has happened in Northern Syria just in the last few days. So I think we are all catching up. (…)
And secondly, we do believe that the effort that was put forward day before yesterday I think, by the German Defense Minister who will be here tomorrow as well, to put together a European group that would be part of an international peacekeeping force is certainly a positive.
I don’t know what the status of that is after the agreement yesterday with Russia and Turkey, but I think there’s a lot to be done in that strip. Part of it will be Turkish only, if the Turks would ask for more help from the international community I think the Europeans could step forward, and I think the German Minister along with France and UK could answer that call and it would be a positive thing.
And then in the other areas of that safe zone or the zone in between the Turkish border and the rest of Syria, I think that is a little more complicated because you have the Syrian forces, the Russian forces, and then of course the Kurdish people who are leaving.
So I don’t know how that will come out but Europeans coming in to take a role in an international operation I think can certainly be looked at in a positive way. (…)
Question: Following up on that. Thank you, Ambassador.
Would the U.S. be willing to join a potential German force? Or would you see this very much as a European led and European managed initiative? (…)
Ambassador Hutchison: I think certainly it would be a to be determined issue if the U.S. were going to be part of another operation. I don’t think that is in the works right now at all. I think the Europeans have stepped forward and I don’t see the U.S. playing a role there.
However, the U.S. will have a role in the Defeat ISIS Coalition. It will continue. That is the reason that we went into Syria. We will be continuing to assure in the best way that we can that Defeat ISIS is not lost. We need to continue the fight to assure that ISIS does not rise again, that it does not go back into Iraq or into Afghanistan or into any of our countries. So de-ISIS is still very much an American-led effort which will continue. (…)

QUESTION: A couple of questions that you haven’t touched on yet. The German Defence Minister has floated the idea of an internationally-controlled safe zone in northern Syria, that could be done in cooperation with Russia and, of course, with Turkey. What is your response to that? Would that be Europe stepping up and taking more responsibility, as it’s often called on to do? And also, the Defense Secretary of the US, Mark Esper, says that he believes that Turkey could be responsible for war crimes committed in northern Syria. What is your response to that? And do you fear that the entire meeting will be poisoned by this issue? Thanks.

JENS STOLTENBERG: So, I spoke with the German Defence Minister yesterday, Annegret Kramp-Karrenbauer, and she shared with me her thoughts about the way forward in northern Syria. And I welcome that NATO Allies have proposals on how to move forward, how to find a political solution. And, of course, a political solution, has to, in one way or another, involve all actors on the ground. You cannot have a political solution only involving some of them. So a political solution can have different shapes and different forms, but it has to involve those actors who are on the ground.
And again, we need the political solution and therefore also welcome proposals from NATO Allies on how we can try to move forward. This will certainly be addressed, discussed during our meeting. And I expect Annegret Kramp-Karrenbauer, the Defence Minister to then share her thoughts with the other Allies.
As I said, I expect all forces on the ground to respect international law. And that’s extremely important for this Alliance, because international law is important for all Allies.

Blinken and Lavrov will meet in Geneva on Friday, Kommersant reports. Blinken will be in Kyiv on Wednesday and in Berlin on Thursday. https://twitter.com/ElenaChernenko/status/1483453151810363392