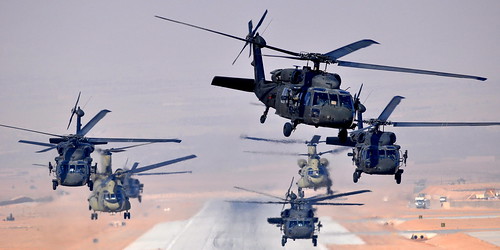 About 450 Soldiers of 4th Battalion, 3rd Aviation Regiment, 3rd Combat Aviation Brigade from Hunter Army Airfield, Ga., will deploy to the Ansbach, Germany area by mid-March.
The Soldiers and some 25 Black Hawk helicopters will be here on a rotational basis and are part of the U.S. Army’s commitment to the European theater to ensure Army Europe has the right capability to meet training and operational requirements. The rotation for these Soldiers is expected to last about nine months.

The unit will initially operate out of Storck Barracks, Illesheim, Germany. The majority of the Soldiers and their helicopters will then deploy to participate in Operation Atlantic Resolve training exercises taking place in several NATO countries in Eastern Europe.
The unit will help offset those 12th Combat Aviation Brigade units that are reintegrating from deployments in Afghanistan and the Middle East.
This rotation is consistent with the Army’s Regionally Aligned Force concept, aligning units to support theater requirements. Regional alignment is also synchronized with the Army’s new operational concept of winning in a complex world.
Since April, Army Europe has conducted continuous, enhanced multinational training and security cooperation activities with allies and partners in Europe. Currently, Operation Atlantic Resolve’s enhanced land force training and security cooperation activities are taking place in Estonia, Latvia, Lithuania, and Poland; with plans to expand to include Romania and Bulgaria in the near future.