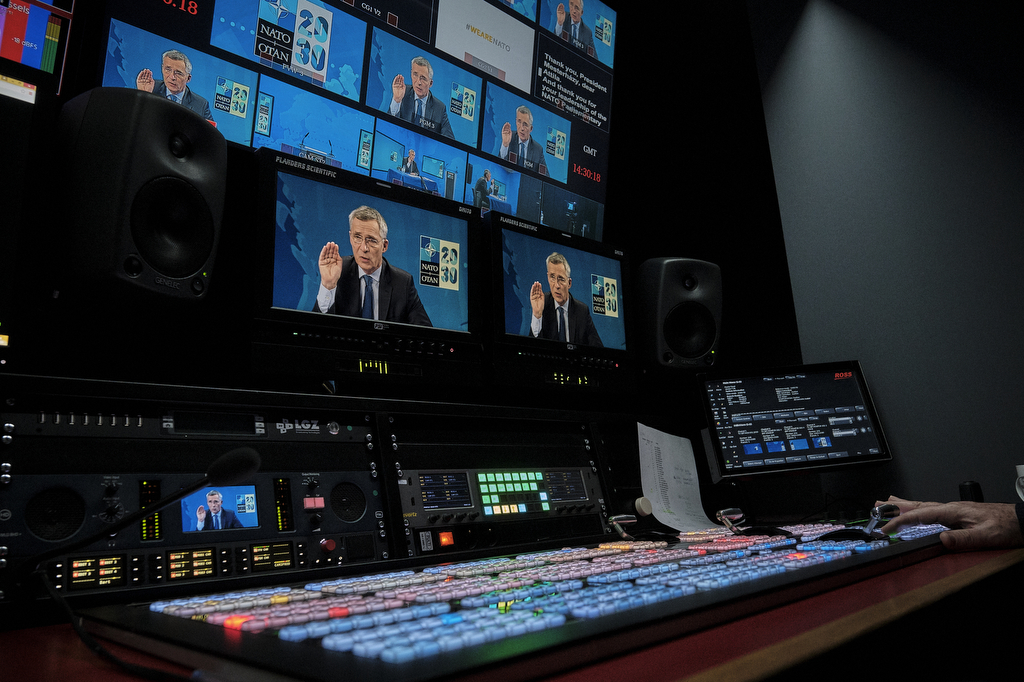 STOLTENBERG: (…) One of the reasons we need a strong military is for our fight against international terrorism. As we have been doing in Afghanistan for almost 20 years.
As you know, the United States has announced that it will reduce its presence in Afghanistan. But the NATO mission will remain. And we will continue to provide support to Afghan security forces.
No Ally wants to stay in Afghanistan for longer than is necessary. But we cannot risk Afghanistan becoming once more a platform for international terrorists to plan and organise attacks on our homelands. And we cannot let ISIS rebuild in Afghanistan the terror caliphate it lost in Syria and Iraq.
Therefore we will address NATO’s future presence in Afghanistan at our next Defence Ministers meeting in February. We will be faced with a difficult choice.
Either stay – and pay the price of a continued military engagement.
Or leave – and risk that the gains we have made are lost. And that the peace process falters.
This is not the time to conclude. But we have to remember that we went into Afghanistan together. And when the time is right, we should leave together, in a coordinated way. (…)

Christian TYBRING-GJEDDE, head of Norwegian Delegation : Secretary General, Yes. I asked you this question earlier I know in Norwegian, when you visited Norway. So here, I was talking about the superior values of NATO and we all agree that the NATO nations have superior values compared to many other nations world. But right now we are fighting and defending those values, weapons in Afghanistan, for example, and done this for 19 years and made a lot of sense, we went in there to take Al-Qaeda leader Bin Laden in the mountain and fighting the Taliban. But there are a lot of challenges left in Afghanistan and you’re still there. And is there any, you have any ideas or any, let’s say propulsive what it means to be victorious in Afghanistan, how can you find an exit strategy if we cannot stay there forever. What does it mean to win in Afghanistan, could we declare victory and how do you tell me what happened to the…(inaudible).

STOLTENBERG: Again, I can spend hours telling you about all the problems in Afghanistan all the risks we are faced with, but we have to remember that the reason we went into Afghanistan was to prevent Afghanistan from being a safe haven for international terrorists, and we have achieved that. And now the question is, can we leave and, and still prevent that from happening. That will not be an easy decision.
But my only message is that whatever we do, we need to do it, coordinated and in an orderly way. And also take into account that not so many years ago we had more than hundred thousand NATO troops in the combat operation there. Now we are less than 11,000 troops in the training and advice mission. So the character and the size of and the scope of the NATO presence in Afghanistan is totally different from what it was just a few years ago. I think that Luca asked me, and my answer to Christian is that our values, require sometimes that we are willing to use military force. And fundamentally military force is about deterrance, and protecting our own nations, but also of instance, using military force to fight ISIS in Iraq and Syria, we would never have liberated the territories controlled by ISIS without using military force. But military force is not the only answer and it’s not always the right answer, and the challenge is to find out and decide when to use military force, and when to not do so.
The last thing I’ll say about Afghanistan, one of the lessons learned from Afghanistan, and this is for Luca. Is that the sooner we can start to build local capacity to train local forces to build local security institutions the better, if there’s any lesson learned, or is one lesson learned from Afghanistan: That will be that we should perhaps have started earlier to train the Afghans, to enable the Afghans to stabilise their own country. Training local forces is all the best weapons we have in the fight against terrorism, and therefore I think it’s extremely important that you for instance do that in Iraq as NATO does, we plan to scale up the training mission in Iraq, because that’s the best way to prevent ISIS from coming back and also the best way to prevent to create a situation where we are forced to come back in a full scale military operation.

I had a phone call with 🇩🇪 Federal Chancellor @OlafScholz. I am grateful for supporting the #GrainfromUkraine initiative. We also discussed the implementation of the Ukrainian Peace Formula and cooperation to protect Ukraine from Russian missile terror.

Nice European cooperation on new tech for Ukraine: Germany and Estonian firm Milrem working together to provide robots to Ukraine.

Milrem Robotics Partners With KMW For Delivery Of 14 THeMIS UGVs To Ukraine https://defensearchives.org/uncategorized/milrem-robotics-partners-with-kmw-for-delivery-of-14-themis-ugvs-to-ukraine