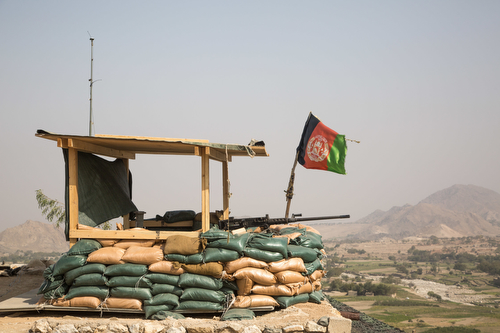 Afghanistan: Mission Impossible?
After 16 years in Afghanistan, many indicators are heading the wrong way

The American military command in Afghanistan has decided to keep secret key figures related to the growth and progress of local security forces, redacting the numbers at the behest of Afghan officials from the latest report by the government’s watchdog for spending.
The move clouds measures of progress for the Afghan security forces, the primary benefactor of the $120 billion that the United States has spent on reconstruction since the start of the war and the linchpin of President Trump’s new strategy in Afghanistan. (…)
Among the details being kept private in the report are the number of people in the Afghan army and police force, how many of them have been wounded or killed and the state of their equipment.

– The Afghan government’s district and population control deteriorated to its lowest level since SIGAR began analyzing district-control data. As of August 2017, there were 54 districts under insurgent control (13) or influence (41), an increase of nine districts over the last six months. According to USFOR-A, 3.7 million Afghans (11.4% of the population) now live in districts under insurgent control or influence, a 700,000-person increase over the last six months.

— UNAMA reported a 52% increase in civilian casualties from pro-government (Coalition and Afghan) air operations in the first nine months of 2017 compared to the same period in 2016. More than two-thirds of these victims were reportedly women and children.

— As the U.S. troop commitment increases, American combat casualties are also rising. From January 1 through August 23, 2017, 10 U.S. military personnel were killed in Afghanistan, and 48 were wounded. This is an increase of seven personnel killed and 22 wounded in action since last quarter, and double the personnel killed in action when compared to the same periods in 2015 and 2016.

— Armed clashes in Afghanistan are at an all-time high, according to the United Nations.

— Deaths and injuries to women and children rose 13 percent compared to the same period last year, according to UNAMA.

— The U.S. has taken on a greater combat role in Afghanistan, dropping the most munitions against the Taliban and Islamic State since 2012 (751 in September) and conducting 2,400 air strikes from January to September (the most since 2014).

In interviews with rank-and-file Taliban fighters in Logar and another of Afghanistan’s embattled provinces, Wardak, the Guardian found a fragmented but resilient movement, united in resistance against foreign intervention.
Referring to Barack Obama’s surge, Saeed said: “150,000 Americans couldn’t beat us.” And an extra 4,000 US soldiers, as Donald Trump will deploy, “will not change the morale of our mujahideen,” he said.

Just spoke with President @ZelenskyyUa & made clear that #NATO Allies are unwavering in our support for #Ukraine’s sovereignty & right to self-defence. The sham referenda held by #Russia have no legitimacy & are a blatant violation of international law. These lands are Ukraine.