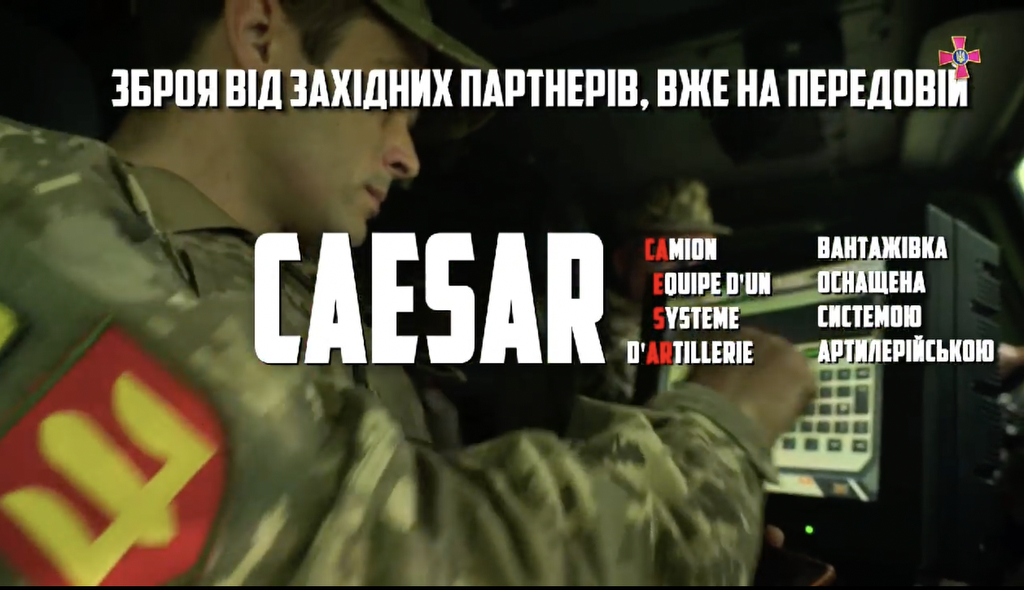 There has been no significant merchant shipping activity in or out of Odessa since the start of the war. Russia’s subsequent naval blockade of key Black Sea ports has deterred the commercial shipping industry from operating in the area.
Ukraine’s overland export mechanisms are highly unlikely to substitute for the shortfall in shipping capacity caused by the Russian blockade. As a result, significant supplies of Ukrainian grain remain in storage unable to be exported.
Fighting has already placed indirect pressure on global grain prices. While the threat of Russia’s naval blockade continues to deter access by commercial shipping to Ukrainian ports, the resulting supply shortfalls will further increase the price of many staple products.

The head of the Luhansk regional administration Haidai:
– Russians advancing in all directions simultaneously; the Severodonetsk direction, in Hirska Hromada from the side of Zolote and Katerynivka, near Popasna from the side of Komyshuvakha, and Chornobaivka – Bilohorivka.
– Lysychansk-Bakhmut road is fully covered by enemy fire. Enemy’s sabotage & reconnaissance groups are already operating there. Situation is on the verge of critical.
– Russia brought „insane“ number of troops/equipment there, keep helicopters and heavy weapons ready.
– Now is the most difficult time for Luhansk Oblast for all eight years of the war.
– Free Luhansk Oblast is now like Mariupol – an outpost that holds back the onslaught. Despite the superiority of the enemy army, we will win, because we are fighting for our land.
(Übersetzung via hier)

The operational update regarding the #russian_invasion on 06.00 on May 25, 2022.
The ninety-first day of the heroic resistance of the Ukrainian people to a russian military invasion continues.
russian enemy intensified the use of aircraft to support the offensive of its ground group. Due to the lack of stockpiles of high-precision missile weapons, russian enemy is looking for other ways to destroy critical and military facilities in Ukraine.
Up to seven battalions of the Armed Forces of the republic of belarus continue to carry out tasks to strengthen the protection of the belarusian-Ukrainian border in the Volyn and Polissya areas. The threat of the enemy’s missile and air strikes from the territory of the republic of belarus has not passed.
In the Siversky direction, russian enemy continues to strengthen the cover of the Ukrainian-russian border, equips strongholds in border areas in the Bryansk region. russian occupiers continued artillery and mortar shelling of the positions of the Defense Forces and civilian infrastructure in the Sumy region from the territory of the russian federation.
In the Kharkiv direction, russian enemy’s main efforts are focused on maintaining the occupied positions. It fired artillery at civilian infrastructure near the village of Rubizhne. In addition, the enemy made another attempt to conduct offensive operations in the direction of Ternova, but was unsuccessful.
In the Slovyansk direction, russian enemy units did not take active action, concentrating their main efforts on maintaining their positions, conducting reconnaissance and creating conditions for the resumption of the offensive. Shells from artillery and jet artillery, mortars and tanks were recorded in the area of ​​the settlements of Sviatohirsk and Dovhenke. russian enemy also launched an air strike near the village of Bayrak.
With the support of artillery and army aircraft, russian enemy tried unsuccessfully to take control of the village of Pasika.
In the Lyman direction, the enemy intensified hostilities. With artillery and air support conducts hostilities in the area of ​​the village of Lyman.
In the Severodonetsk direction, with the support of artillery fire, the russian occupiers are conducting an offensive in the direction of the settlement of Sievierodonetsk, fighting continues.
In the Bakhmut direction, russian enemy conducted offensive operations in the area of ​​Komyshuvakha, Yakovlivka and Troitsky, had no success, suffered losses.
In the Avdiivka direction, russian enemy does not stop mortar and artillery shelling of the positions of the Defense Forces and civilian infrastructure in the areas of the settlements of Avdiivka, Pisky, Marinka, Orikhiv and Novosilka. It used assault and army aircraft in the areas of Kamyanka, Avdiivka and Novomykhailivka.
russian enemy did not conduct active hostilities in the South Buh area. He fired on units of our troops and fought against the battery. Conducted engineering activities for the main roads and bridges.
In order to conduct hostilities and replenish significant losses of manpower and equipment on the territory of Ukraine, the russian occupiers are forming reserve units from the Southern Military District.
Over the past 24 hours, nine attacks by russian invaders were repulsed in Donetsk and Luhansk, three tanks, eight artillery systems, eighteen units of armored combat vehicles, a special armored vehicle and one unit of other vehicles were destroyed.
Air defense units destroyed six Orlan-10 UAVs and one ZALA operational-tactical unmanned aerial vehicle in this direction.

Demining and demilitarization of the seaport in the Donetsk People’s Republic’s Mariupol city, liberated from Ukrainian militants, has been completed and is now operating on a daily basis.
The Armed Forces of the Russian Federation continue the special military operation in Ukraine.
High-precision long-range air- and sea-based missiles in Zaporozhye have destroyed the production facilities of Motor Sich plant, which produced aircraft engines for combat aircraft of the Ukrainian Air Force, including UAVs.
In addition, units of the Ukrainian Armed Forces reserve deployed to reinforce the grouping of Ukrainian troops in Donbass have been destroyed near Pokrovskoe railway station in Dnepropetrovsk Region.
High-precision air-based missiles have hit 3 command posts, including 1 command post of the 14th Mechanised Brigade and 1 communications hub in Vrubovka and Bakhmut, 1 AFU radio technical centre near Dneprovskoe, Nikolaev Region, 1 logistics centre of the 72nd Motorised Infantry Brigade near Soledar, 2 fuel bases in Kovyagin and Bezlyudovka, Kharkov Region, 2 air defence radar posts and military equipment at a storage base near Bakhmut, and 16 areas of AFU manpower and military equipment concentration, during the day.
Operational-tactical and army aviation have hit 2 missile-artillery weapons and ammunition depots near Dolina in Kharkov Region and Posad-Pokrovskoe in Nikolaev Region, the territorial defence headquarters in Soledar and 46 areas of manpower and military equipment concentration.
The attacks have resulted in the elimination of more than 300 nationalists and up to 46 armoured and motor vehicles.
Russian air defence means have shot down 1 Mi-8 helicopter of the Ukrainian Air Force over Barmashovo, Nikolaev Region.
Also, 11 Ukrainian unmanned aerial vehicles have been shot down in the air near Snake Island, Glubokoe, Pershotravnevoe, Bolshie Prokhody, Kharkiv Region, and Verhnetoretskoe, Stavki, Terny, including 1 Bayraktar TB-2 near Shandrigolovo, Donetsk People’s Republic.
Missile troops and artillery have hit 51 command posts, 385 areas of AFU manpower and military equipment concentration, as well as 53 artillery and mortar units at firing positions.
In total, 178 Ukrainian airplanes and 126 helicopters, 1,006 unmanned aerial vehicles, 322 anti-aircraft missile systems, 3,258 tanks and other armored combat vehicles, 430 multiple launch rocket systems, 1,671 field artillery and mortars, as well as 3,155 units of special military vehicles were destroyed during the operation.

The operational update regarding the #russian_invasion on 18.00 on May 25, 2022.
The main focus of russian enemy is on the defeat of the Joint Forces and attempts to establish full control over the territories of Donetsk and Luhansk oblasts. Here the enemy tries to overcome the resistance of the units of the Joint Forces in order to create favorable conditions for the offensive. russian enemy focused its main efforts on the Bakhmut direction. It is trying to develop success in the Lyman direction. In addition, russian occupiers continue to actively prepare for offensive operations in the Novopavlivsk and Zaporizhzhia areas.
In the Volyn and Polissya directions, compared to the past, the situation is unchanged. At the end of May this year, practical actions of units of the Armed Forces of the republic of belarus are planned at the training grounds in Brest, Vitebsk, Grodno, Minsk and Mogilev regions. According to available information, the plan of these measures envisages the withdrawal of weapons and military equipment and the implementation of marches.
In the Sicerskyy direction, russian enemy continues to cover the russian-Ukrainian border in the Bryansk and Kursk regions. In order to prevent the transfer of our troops to other areas, the enemy is shelling civilian and military infrastructure in the border areas.
In the Slobozhansky direction, the occupiers are carrying out systematic high-intensity fire in the areas where our troops are concentrated. russian aggressor’s units fired on civilian infrastructure in the settlements of Krasnopillya in the Sumy oblast, as well as in Ternovo, Ruski Tyshky, Dovhenke and Nova Dmytrivka in the Kharkiv oblast.
russian enemy is trying to improve the tactical position of its units in the areas of Izyum and Slovyansk. It made attempts at assault and offensive operations in the districts of Dovhenke, Kharkiv oblast, and Bogorodychne, Donetsk oblast, had no success, and withdrew.
In the Donetsk direction, russian enemy inflicts artillery and air strikes in the Lyman and Komyshuvakha districts of the Donetsk oblast and Severodonetsk and Novozvanivka in the Luhansk oblast.
russian enemy attempted offensive and assault operations in the Sievierodonetsk and Bakhmut areas in the areas of the settlements of Berestov, Lypovo, and Nyrkovo;
In the Avdiivka direction, russian occupiers carried out unsuccessful assaults in the areas of the settlements of Krasnohorivka, Kamyanka, Avdiivka and Pisky.
russian enemy carried out air strikes and artillery shelling in the Marinka, Mykilsky, Poltavka and Orikhov districts.
In the South Buh direction, russian enemy units tried to improve the tactical position in the direction of Mykolayiv and ensure access to the administrative borders of the Kherson region.
russian enemy fired on the positions of our troops and civilian infrastructure in the areas of Novooleksandrivka, Trudolyubivka, Novopavlivka, Blagodatny and Posad-Pokrovsky.
russian enemy continues to suffer losses of personnel and military equipment. Information is regularly received about the concentration of a significant number of wounded servicemen of the armed forces of the russian federation in medical institutions of settlements bordering on Ukraine.